Home » About Us » Our Story » Leadership » Daniel Edwards

Daniel Edwards is on the GBSC Board of Trustees.

Daniel Edwards grew up as a country boy in Randolph County, Indiana. As a child, he loved helping his parents and grandparents care for the animals and work in the fields on the family farm. His parents, Wilfred and Rachel Edwards, were also involved in Song Evangelism and traveled extensively across the Mid-west singing in revivals and camp meetings.

Daniel began singing at age 2 and gave his heart to Jesus at a very early age. As he grew, there was an ever-increasing desire to be all that God wanted him to be and he served faithfully alongside his father in both the family business and Christian Service.

Following his graduation from Winchester Community High School in 1987, Daniel attended Union Bible College and graduated with a BA in 1991. The following year he served as a Math and English teacher in Union Bible Academy and sang with the Singing Friends and preached on the weekends.

In the summer of 1992, he went back to the family farm and helped his ailing father until his death in March of 1993. The next two years he continued working the farm and singing and preaching in revivals and camp meetings.

In 1995, Daniel married Angie Tallman and they continued in full-time evangelism until the fall of 2000 when they began to pastor Sparrow Creek (formerly Dunkirk) Friends Church of Winchester, Indiana.

The Lord has blessed their ministry there and the church has grown under their leadership. They love the pastoral ministry, but still, enjoy traveling from time to time holding revivals and singing for special events with their five children. 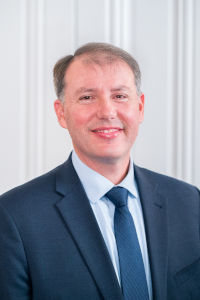