Home » About Us » Our Story » Leadership » David W. Crosley

David Crosley is on the GBSC Board of Trustees.

David earned the Bachelor of Religious Education degree from God’s Bible School & College in 1987, and has thirty years of experience in Christian Education.

Along with Christian Education, he has also been involved in pastoral ministry and is currently serving as Senior Pastor of Salem Bible Methodist Church in Salem, Ohio..

David has been married to his wife Tamarah, a GBSC graduate, since 1986.  They have two children, Dwight and Melissa, both GBSC graduates. 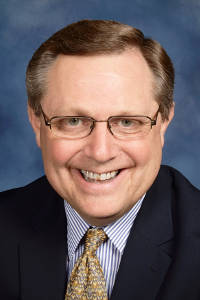