Home » About Us » Our Story » Leadership » Jack Hooker

Jack Hooker is on the GBSC Board of Trustees and graduated in 1974 with a BRE.

He has pastored for 41 years in Indiana, Florida, Alabama, West Virginia, Pennsylvania and Ohio He also served as Vice President of Advancement for seven years at GBSC and a member of the Board of Trustees for 18 years. He also served two terms as National Alumni President.

Jack serves his denomination, the Bible Methodist Church, as Connectional Vice-Chairman, Heartland Conference Secretary and member of the Executive Committee.

Jack has been married to his wife Jane, a GBSC alumnus, since 1974. He has two daughters, both GBSC graduates, and five grandchildren. 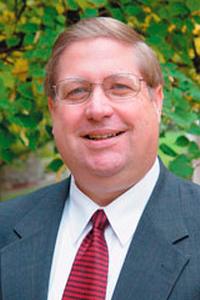