Home » About Us » Our Story » Leadership » Rob Ryan

Rob Ryan is on the GBSC Board of Trustees.

He has been a public school music teacher in the Little Miami School district since 2003. Along with his wife, he has served as Minister of Music for the Christian Nation Church in Pleasant Plain, OH since 2001. He enjoys family time, playing, performing, writing, listening and directing anything music related, and trying to win a game of chess.

After graduating high school in Council Bluffs, IA Rob began his college experience at GBSC in 1993 and graduated with a BA in Music Ed (1999). He attended the University of Cincinnati College-Conservatory of Music from 1999 to 2003 where he received his teaching certificate (BM) and completed graduate studies in conducting (MM).

Rob is married to Stephanie (GBSC 93-99) and has 5 children: Samantha, Kristin, Jessica, Rebekah, and Robbie. 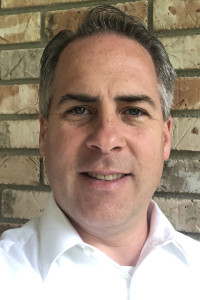