Home » About Us » Our Story » Leadership » Leonard Sankey

Leonard Sankey is on the GBSC Board of Trustees.

He is a GBS graduate (ThB) 1960 and has personal interests in missions, Christian education, pastoring and family life.

He is also active in interchurch and evangelistic ministry. He’s been on the GBS Board since 1978 and served as Board secretary and Chairman. 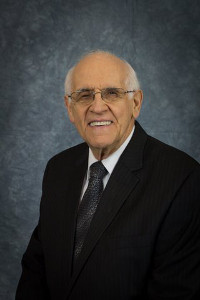